Our contribution to environmental protection: cleaning the drilling and sawing water with the help of slurry filter presses.

Since 2011 we have been offering the physical cleaning of drilling and cutting water. For this we use so-called slurry chamber or slurry filter press (SCP / SFP). The water mixed with the slurry is pressed through the chambers with pressure, the slurry gets stuck in the filter and has a residual moisture of about 2% at the end. The resulting "briquettes" can be disposed of with the rubble. The water can be discharged into the normal sewer.

During the drilling and sawing work in 2012 in the high bunker in Munich, we used two slurry filter presses at the same time over a period of several months.

By the way, the world's largest slurry chamber press is at Daiichi-Cutter Company in Tokyo: 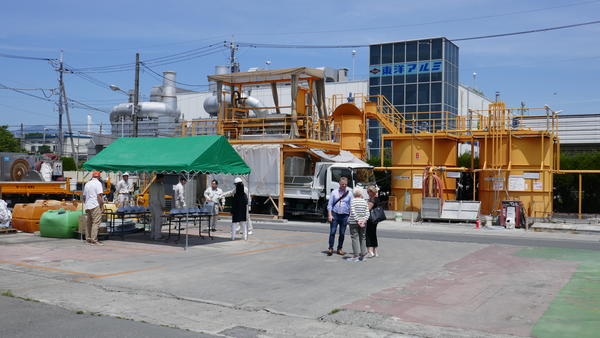 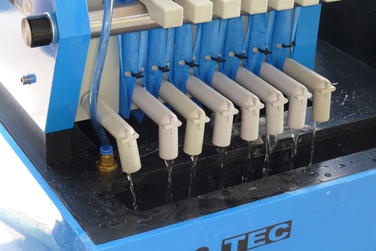 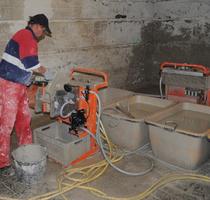 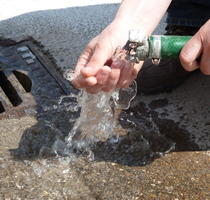 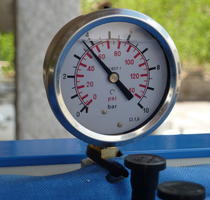 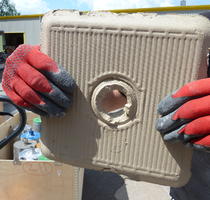 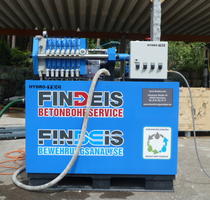 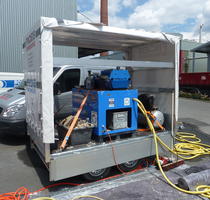 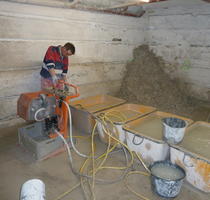 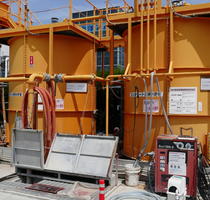 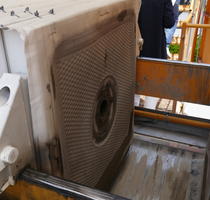 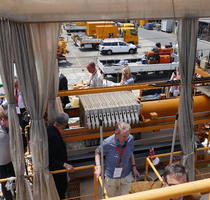